About 18 months ago my father had asked to talk to me about birthday and Christmas gifts. He gave me some form of lecture, or rather speech, pleading his poverty to me and explaining how he couldn’t afford Christmas and birthdays anymore and that perhaps he and I should just leave them, because of course I am all grown up now and don’t need those things from him.

Whilst I somewhat agreed with what he was saying, it did make me wonder. What birthday gifts? What Christmas gifts? He doesn’t even know when my birthday is, I think he only knows Christmas because it’s an international celebration and there isn’t much escaping it, but these gifts? I didn’t ask where they were, I just said okay.

He has never sent me a gift. Well that’s a lie, when I was 31 he gave me a gift and then made me split it with my older brother whose birthday is a few days before mine. 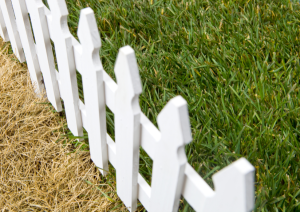 However, It got me out of the yearly commitments that my status as son gives me. Except for father’s day, he still insisted on cards for those, but for the last two years I haven’t given him any. Since writing Teddy things like father’s day cards feel like a lie, and unless Hallmark brings out a range that says, “I only bought this because I was obligated,” this will be a yearly battle for me not to get him one.

It was his birthday just recently; I had to go around to his house to take something there. I hadn’t been for a good year after telling him to get out of my life. It’s always odd to walk into the house that I grew up in. I still go and stand in the spot as a child that I was only permitted to stand in. I still don’t use the bathroom without permission first and often I just don’t use it and I don’t under any circumstance venture into any other rooms in the house without permission or invitation.

I stand there, feet slightly apart, hands held together behind my back, quiet and watching, just as I did when I was a child. Waiting and on guard. Stood where I can see every angle. It’s an automatic thing. I didn’t go near my father as I placed the card down that was from my children to him to wish him a happy birthday, and I know maybe some readers will say he doesn’t deserve it, but he does actually bother with my children on their birthdays and as far as manners are concerned, I think the children should at least give him a card on his day.

My brother arrived as I was stood there, his arms laden with gifts for our father. He and his girlfriend wished our father a happy birthday and talked like normal people. I felt so out of place stood there. Once again not fitting with them, there was me, stood outside this family which I am biologically related to, but as always treated like I am stranger.  Such a stranger that I don’t even have a father I am allowed to with happy birthday too.

Sometimes it is the little things that I realise I had taken from me.

When I had gone home again, my brother called me, he asked why I didn’t get our father anything, not even a card. He thought I was being shitty, but found it strange because he knows that is not me. I told him, not the full story of course, but that I had been told I wasn’t allowed. My brother’s response was shock. He suggested perhaps our dad was in a bad mood that day or something. Of course my brother doesn’t know the things my father would do to me. He doesn’t know about the sexual abuse, as strange as that may seem.

I don’t know who has it worse, the son who has a father he loves and loves him back, but it’s an illusion, or the son who knows everything and aches for the father he never had, knowing and feeling that there is no love there.