This is another one of those posts from me asking what people want me to talk about. TeAnne asked, “How you kept your sanity. I know you had survival mechanism in place?”

I am not sure I have really. I have many problems that I deal with day to day, but back then, I didn’t know I had them. In writing Teddy, I can see where many started. I can see where my OCD began, and I think that was a survival mechanism to begin with – some kind of order in my mind about this world I didn’t yet understand. 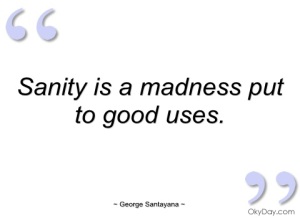 Obviously there is my bear. I told him everything. I had an imaginary friend, too, called Andrew. He is also in the books. Both of those helped me; it was a way of having some kind of social aspect without a real social aspect. I also read a lot. I could read for hours and hours and take myself away into the stories. I learnt to read very young. I was reading at four, and by the age of six, I had read the Hobbit – to give you an idea of my reading abilities.

I also wrote. I wrote all kinds of things; stories for one. I wrote those for hours. I wrote poems too. Sometimes, though, especially right after some form of abuse, I would cry and write everything down, asking why my dad didn’t love me. Why I had to do those things.

I used to count too. I think that’s where my number OCD came from. I’d tell myself that in an hour, I’d be in my own bed. I’d be sleeping. I used to try to count to sixty, sixty times. I pretended I was asleep a lot too. I could pretend it wasn’t happening to me.

Of course, there were times I didn’t cope. I was maybe six, I think, when I tried to drown myself in the bath. I got into sniffing petrol fumes when I was about 9. Started smoking and drinking at 12. I even ran away from home, but got taken right back.

I became very introverted. I think that was the best mechanism I had. Taking everything inside, and outside, I just smiled.