Do you have siblings? Had friends when you were small? Did you fall out with them? Hit them? Be mean to them? Normal children’s behaviour right?

How often do we see children bickering and pushing each other, nipping and biting. I have a granddaughter in her terrible toddler phase. She bites, she kicks and as she does it she laughs. Is she evil for this? A bad child? No, she is simply a two year old being a child and pushing boundaries. She is just a child and her innocence protects her.

What about in five years’ time? She’ll be seven. What if she has a sibling them who she chooses to pick on? Takes delight in making them cry? Or a school friend she falls out with and kicks in some childish temper tantrum? 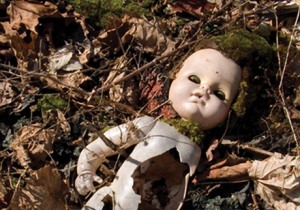 Granted she’d be told off, reprimanded in some way, or least we would hope so to teach her right from wrong. As with all children the chance of her acting that way again is likely, and again she will be reprimanded and told that her actions are wrong. It’s how children learn.

Any parent reading or someone with experience of children probably agrees that this is just normal childish behaviour, children being naughty nothing more and as adults it’s our job to teach them right from wrong. Age her again, perhaps to ten or eleven this time. Are her actions still wrong? Picking on a younger sibling, does that make her evil? Hitting someone at school, would that make her potentially a threat when she is an adult? I don’t think so. Perhaps something would need to be looked at if it was excessive as to why she was acting this way, but as a society, we would brush this behaviour off as a child being just that, a child.

It’s not the child’s fault right?

Why does society accept children being violent and mean and dismiss it as children being children, yet sexual acts, we have the makings of a sexual monster. Isn’t it just the same?
Can children be sexual abusers in the same context that and adult can?

One thought on “Children Abusers”