I guess the blog flash thing didn’t really work for me. I was doing it, I was enjoying it and I hoped that in many ways it would help me use my voice, even if it was just fifty words of random nonsense. But then it went; I guess most of the reason is because of falling out with my father. It seemed to stop me in many things, and I was already struggling to talk, I think it just made it a whole lot harder because I feel guilty about it. I’m writing this and I can feel my mind telling me to be quiet, no one wants to hear, not even myself. But I set a time limit, to just write and see what comes out and that’s what I’m going to do before I start my day. 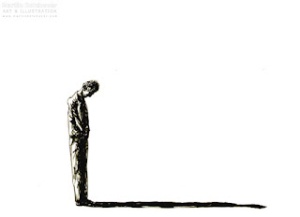 I woke this morning to many notifications on Facebook, from a group of people that had seen my book trailer, made by a dear friend and fellow author, Azure Boone, and their reactions to it. Their responses were so heartfelt and made me feel the same way I do when I read reviews, that I can never find a way to really thank people, but on the other side of that, I feel like a fraud. Like a liar. All these people giving me caring and understanding. They say they want to save the child, hold his hand, look after him.

I joined a writing/author group of wonderful people a few weeks back, they are all so friendly, and I love each one of them. They make me laugh many times with just the randomness of the conversation, but it has crossed my mind to leave the group. I know it’s just Facebook, and like them I am just another person hidden behind a screen and the internet, but I feel how genuine they are. I feel their laughter and smiles, I hear their words. I know the warmth that is there and it scares me to be part of it.

How long before they look at me and realise I am not like them? How long before they see the real me and cast me out? I don’t deserve to be in there with those wonderful people. They have such a freak hanging out with them and they don’t realise it.

I’m a man who was once a child that brought out the bad things in his parents; I’m the same man that’s just told his terminally ill father to get out of his life. How do I live with that? I’m trapped between the guilt of a child and the guilt of an adult.

This is random I’m sure, my mind flits over many thoughts. Thank you for reading.