So a couple of weeks ago I posted a blog post http://tinyurl.com/ms2q3x9 about a book I wish to write to help not just the BPD sufferer, but also the family, friend or just someone who cares as I feel there is nothing out there for the supporter and there should be. I am looking for people to help. Preferably people who have a diagnosis, but I will consider those who have the symptoms. Please note that I wont be able to use all of the material and so some of the things will be cut from the final version. This of course will be no reflection on the person who contributed. As a sufferer myself I know how we take things personal and I will do my utmost best to explain things as I go. Feel free to add yourself or simply message me. Thank you for reading. 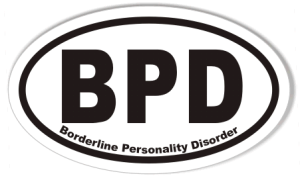 It isn’t a secret that I have borderline personality disorder (BPD). Anyone who reads my page often will see that it is something I suffer from. I find it is a much stigmatised illness too. So many think that sufferers are nasty and manipulative and that people with this illness should be avoided. I have even seen books advising family members to just carry on and that the BPD sufferer will get over it. It hurts inside to see those things.

On the contrary, many BPD sufferers are very kind and giving. They love nothing more than to make someone they care for happy. It is more of an imbalance of emotions that become very intense and the sufferer does not know how to deal with them. Simple things. I often liken episodes of someone cancelling a lunch date with me as having the same emotions as if they told me they are going to die tomorrow. That is how intense it feels inside. I feel helpless in a matter of seconds and I can’t control it. For me, this is where I take hold of my razor and cut into my skin just to get it out.

My reason for blogging isn’t so much to write about my experience. There is a world of information on the web about BPD by sufferers. It is to talk about the silent sufferers – our friends, partners, wives and husbands, and so on. People who we care about deeply are the ones we lash out at the most. Afterwards, there is such guilt. I know for myself I can get so ashamed of my behaviour. I hurt someone who is very close to me often when I am upset. I make her feel helpless and she doesn’t know what to do to help me. It makes me very sad afterwards when I can think clearly and I have calmed, but it is too late. The marks are carved into my arms and she’s pointing at herself thinking they are her fault.

I have searched so many times, as has she, for something good that can help her to understand what it is I need in those moments, and there is nothing we have found yet. Not a word. All I can do after each episode is tell her what we should have done and maybe we can learn from it. Because of this, I want to write about my journey, but I want to write about hers too. I feel it is just as important. I know also that every BPD sufferer’s illness is different, so I am also asking for some help.

If you have BPD or are a supporter of someone with it, would you be interested in helping with this project? To get some real information out there as to what helps and what doesn’t. Tips and advice. Real stories from real people, not text books from someone who has never been on either end of the illness. You won’t have to have your name in the book if you don’t want to. It would be your choice, but as I write each little bit, I would be wishing for others to contribute what they can from their experience so that we, the BPD sufferers, can help those who support us. 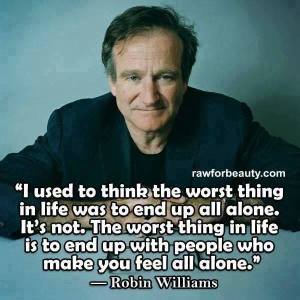 I hate my illnesses. Some days I hate them in a way as if they were physical and I can see them. I hate how they make me feel or act. I hate the way they affect my life. Like they are always waiting in the shadows ready to jump out and attack at the slightest smallest thing.

My illnesses make me look as though I am selfish, possessive, clingy and many other things that I am not, they are like masks that I wear, but they are nothing but lies. I try very hard to take them off, but sometimes I am just not strong enough and that is when my illnesses affect others.

They are all bad in their own ways. BPD (borderline personality disorder)

probably is the one I hate the most. That’s the one that has an effect on my relationships and friendships. That’s the one that makes me look as though I am clingy or possessive. It rears its ugly head whenever there is even the slightest kind of abandonment, which isn’t actually abandonment at all, but that is the way my mind and emotions see it.

Even just yesterday a small, nothing came up that meant someone had to do something else, and off was my BPD with the many words it likes to whisper in my ear, and then suddenly I have the feelings of the child that once stood and watched his parents drive off to their new house without him. It comes to the surface and makes it so I can’t breathe. I have to hide from the people around me because what has set it off is so small they wouldn’t understand the devastation I am feeling in that moment. Just because someone cancelled or needed to do something else.

I think it makes me a bad friend. I get snappy when I am trying to control what BPD is making me feel inside. I stand wishing the other person could see the crashing inside my head and understand it. I wish they could see it so much that they could stop it. I wish they would notice and ask me what’s wrong and then fix it.

It makes me feel that a life without friends would be easier. At least then I wouldn’t have to go through more trauma and risk showing the other person the ugliness inside.