Isn’t that a weird thing to lose? Yourself? I mean, I am right here. I can see myself when I look in the mirror. It’s me – same eyes, same nose, same scars, same smile. Even my hair is the same. But I am lost. Me – the one who is inside.

It may be the strangest thing that has ever happened to me. Years ago, maybe five years plus, I was different. I was…me. But how was I me, and how did I lose myself? Well, that’s maybe the oddest part of all, and maybe a little hard for me to fathom.

One day – at the end of 2009, I think – I created my Facebook account. I had fun on there; played, made friends. It was probably a really great time for me. But the catch was I had a pen name for my writing. Yet, oddly, the time I wore a mask was when I was able to be me.

I realise that I lost myself the day I released my first book. It wasn’t fiction nor fun, but it was me. The real me. It was about me and my life. Somehow, when I sent myself into the world without my mask, I got lost.

I miss my jokes – not that they were funny.

I miss my daily writing – not that it was ever good, but it was fun.

I miss devouring book after book and not coming up to view the world.

I miss music and my endless searches for another great band or song.

I miss that writing spark inside – it’s there, I can feel it sometimes, but I fail to ignite it.

I miss drinking beer while sitting on my decking outside.

Mostly, I miss myself.

It’s been a while since I have written my thoughts on here. Of course I have written many other things. I have since finished therapy. I had in total 14 sessions. I didn’t find them very helpful. It was ironic in a way that I was there because I had stumbled into my doctor’s surgery one day to tell them I wanted to kill myself and it took so much inside to say what was at the root of that, my father, and yet, when I got to therapy, if I tried to mention my parents in anyway, my therapist would tell me that it doesn’t matter. It’s in the past. And while this is true, it is in the past. Most of the occurrences are years ago. They are still big to me. I have not got over them and the parts inside me struggle. 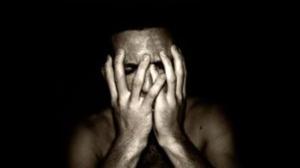 Mt father is dying. He has cancer. He has had it a while and because he is older, it is taking a while. I do not imagine he will be here this time next year, maybe not in six months either. He is in the final stages now. I used to think I wouldn’t care if he died. Not because I hated him for what he had done, not because I had cut him off, but because I was sure that I wasn’t capable of loving anyone or anything. I don’t feel it inside for people, not until they leave. It was a terrible time when my children were growing up and I questioned continually my feelings for them. It feels like some part inside me doesn’t work.
My father at the moment was just awaiting tests to see if his cancer had spread even farther. He messaged me today to say that it hadn’t. I found myself disappointed with that and I have no idea why. It isn’t that I wish him anything bad. When he had a heart attack recently I found myself upset, but what I realised was that I wasn’t upset about him dying. I was upset that his chance to ever make things up to me was gone. The chance he would ever be my father was at risk.
I sometimes think that inside, I am a monster.

So a couple of weeks ago I posted a blog post http://tinyurl.com/ms2q3x9 about a book I wish to write to help not just the BPD sufferer, but also the family, friend or just someone who cares as I feel there is nothing out there for the supporter and there should be. I am looking for people to help. Preferably people who have a diagnosis, but I will consider those who have the symptoms. Please note that I wont be able to use all of the material and so some of the things will be cut from the final version. This of course will be no reflection on the person who contributed. As a sufferer myself I know how we take things personal and I will do my utmost best to explain things as I go. Feel free to add yourself or simply message me. Thank you for reading.

The revenge of Yes-Man.

If there’s ever a post I regret putting online its yes-man. Not because I regret my words. I meant them. I still do. But they were mine, meant for me. A sort of pep talk to myself to say its okay if once in a while I said no. I thought posting it up I was just sharing. It’s there for anyone else with the same problems to see and there for others to just read.

What I didn’t expect was the repercussions of it. And good god did I not expect them. I’m not sure why people have taken it to act on what I said and now assume they are bothering me so they need to leave me alone. I don’t recall handing out boxes of kid gloves at the end of my post for people to wear and use to handle me with.

I hate being treated like glass. Like I’m going to break. Maybe that sounds harsh, selfish even. I know people mean everything with the best intentions, but what gets lost along the way is I’m a man. On here, this is the broken part of me. The bits I get stuck at. The pain I have to let out. But really it’s just a little part of me, not all of me.

I’m crying inside, not me but the child. A boy I was, locked inside in pain. His sadness is there. Sometimes I’m sure he’s going to take me down and have me curled on the floor sobbing for all I’m worth.

Then there’s the man, the anger, confusion, frustration. He’s not sure if he should point at the boy or point at the parents, sometime he’s so locked in doing both he wants to rip his own head off.

That was me today. The man. We did a thing today in class on my course about safety. Feeling it. Of course I couldn’t think of a single thing. I realised I’ve never felt safe. Not once. I’m always looking over my shoulder and always have.

I’m not sure what this triggered for me. I wrote about it, no doubt I’ll post it another time, but what I got left with was feeling miserable. Sad little boy took over and I felt helpless. I was hiding him. My smile was fake and forced, there was so much inside he wanted to let out but couldn’t.

I got left alone. The people that care about me, decided to act on yes-man and give me what they thought I wanted. It’s hard not to be mad. Mad because no one asked me. But I have to answer this with, their intentions were good.

The downside is, I was alone, when what I wanted was someone, anyone I guess.

It’s all become such a mess I’m not sure how to undo it. People treat me in premeditated ways. Their actions are thought out and I can feel it with each of them, so they get a guarded piece of me back, one that acts accordingly to them.

In many ways I wish people that knew me, didn’t know my story. Then they’d treat me like they treat any person, but on the other side, I wish I just had someone I could talk to, someone that isn’t so emotionally involved they try to fix everything for me.

I just need someone that wants to listen and will treat me like a normal person.